Dubai based newspaper journalist with over 18 years of experience in both the UK and UAE. I write on areas including health, academic research and education, travel and tourism, environment and lifestyle.

Dubai based news and features writer with over 18 years' experience in both the UK and UAE, writing on areas including health and wellbeing, travel and tourism, education and lifestyle. Offering services including PR and media relations, copywriting and editing. 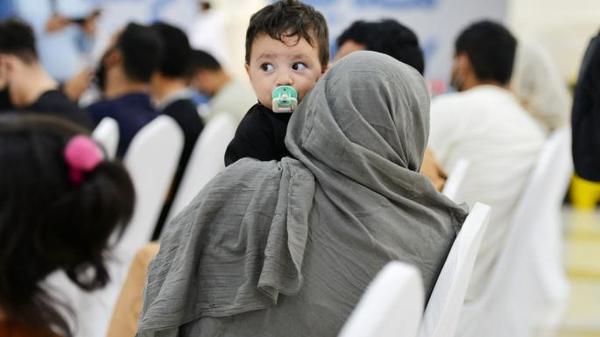 Afghan refugees in UAE ask: ‘Who will be left to rebuild our country?’

Nasreen Aziz was 12 when the Taliban first took hold of Afghanistan. While she was educated at home, music gave her solace — as it does now. Dancing to the Arabic, Persian and Hindi tunes being played on her phone gives her a brief window of joy in the small room that she shares with her niece and two other single women in Abu Dhabi’s Humanitarian City, where 10,000 Afghan evacuees are waiting in transit. 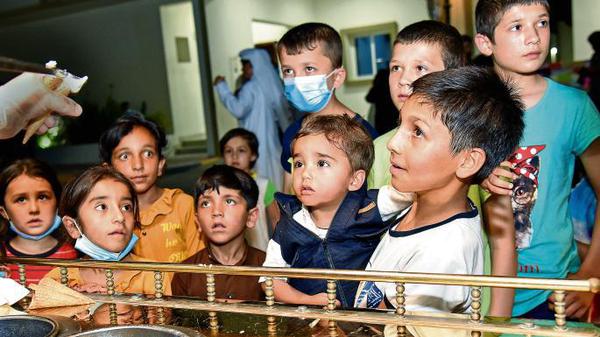 Mental crisis waits for Afghan children who know too much

There’s an air of maturity far beyond her years about Afri. As her mother weeps for the hopes and dreams she left behind in Kabul, the five-year-old tells her not to cry, gently pulling the hair from her eyes. It has been three days since they landed in Doha from Kabul and here, in a four-bedroom villa where they will live until their next move, the pair often talk of home. Afri’s mother, Lima, cries frequently. 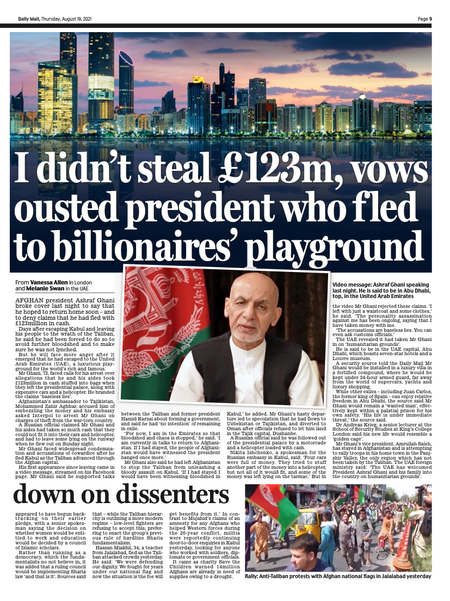 AFGHAN president Ashraf Ghani broke cover last night to say that he hoped to return home soon – and to deny claims that he had fled with £123million in cash. Days after escaping Kabul and leaving his people to the wrath of the Taliban, he said he had been forced to do so to avoid further bloodshed and to make sure he was not lynched. 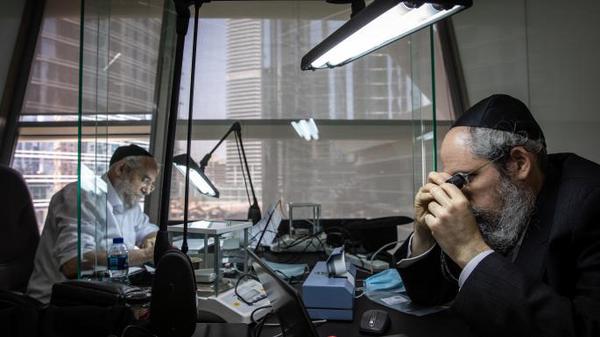 For most of the past five centuries, Antwerp in Belgium has been the global capital of the diamond trade, but the combined effects of the coronavirus and a historic diplomatic agreement last year have turned Dubai into a serious rival. 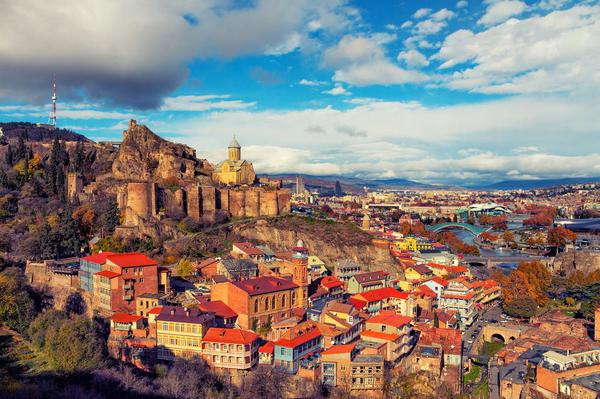 What it's like to travel to Tbilisi now: 'Georgian people have a strong spirit'

In July, Tbilisi’s old town is full of life. Buskers bring joy to passers-by; the long summer days mean locals meander the streets late into the evening; and families and friends gather for picnics in the city’s green spaces, or sit and chat on bench-lined pavements. But look a little closer and it is impossible to ignore the havoc the pandemic has wrought on Georgia's tourism industry, which accounts for 20 per cent of the country’s gross domestic product. 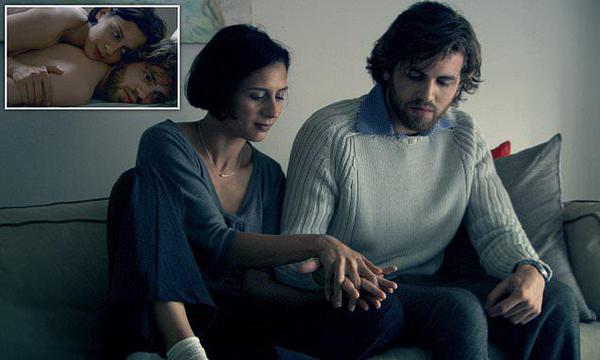 Surrogate sex therapy is a controversial topic, but in Israel it's become a vital tool to help rehabilitate the likes of those injured in traffic accidents and serving in its military. 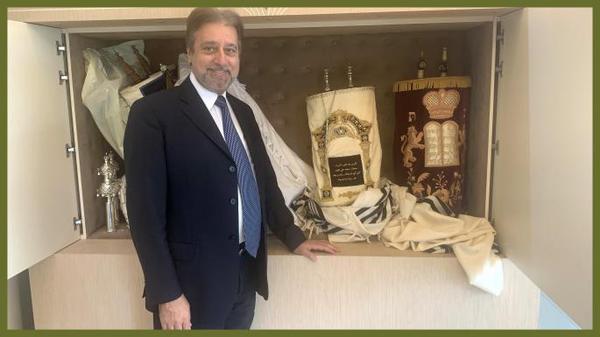 Seven months after the United Arab Emirates and Israel signed the Abraham Accords, establishing a raft of diplomatic and commercial ties between their countries, Peterfreund and other members of Dubai’s small Jewish community are preparing for an influx of thousands of Jewish expats from around the world, drawn by the weather, the business opportunities and the newly minted tolerance. 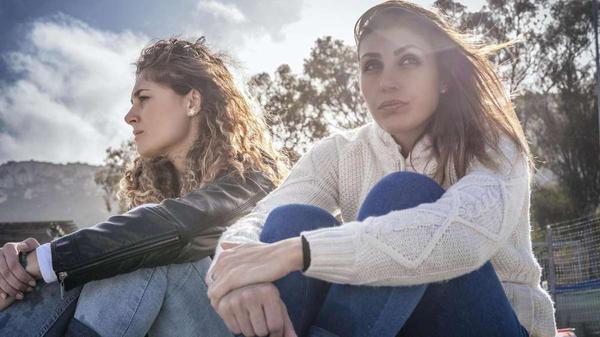 How the coronavirus pandemic is affecting friendships: 'I question whether we share the same values'

The loss of personal freedoms, travel and loved ones aside, the pandemic has also caused rifts in several relationships, as people realise their friends may not share the same values as them nor be there through emotionally testing times. 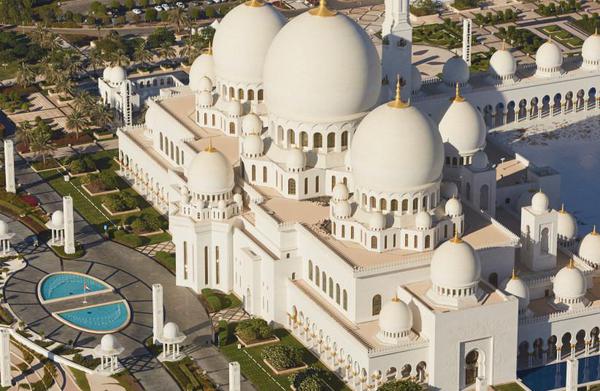 Day trips from Dubai: How to see the Emirates like a local

As restaurants open up to the vaccinated, Israelis are also looking to the skies. Dreaming of the time they may travel freely again, many are casting their eyes toward the United Arab Emirates. 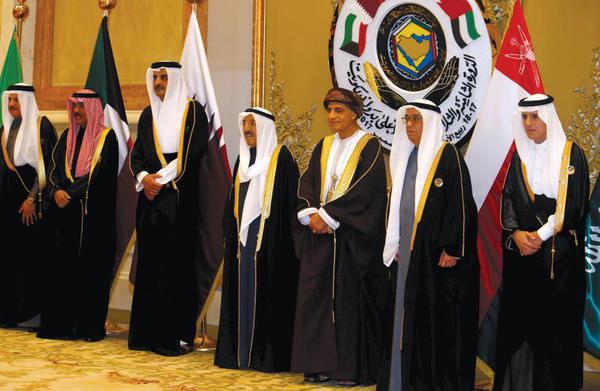 It has been a historic year for the Middle East, which has seen United States-brokered normalization agreements signed between Israel and both Bahrain and the United Arab Emirates, as well as Sudan and Morocco in North Africa. A new US president makes a potential change at the top in Israel all the more uncertain. 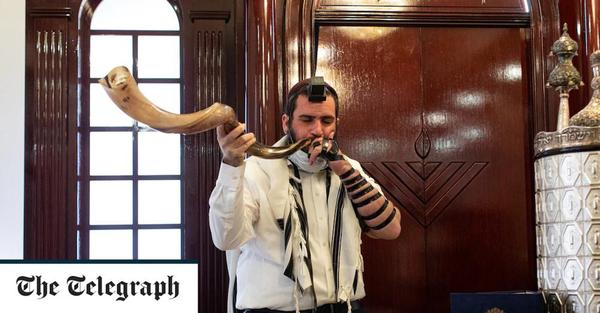 The United Arab Emirates is becoming an unlikely training ground for the next generation of orthodox rabbis. 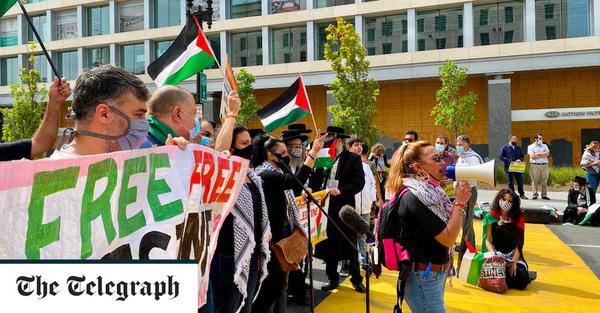 Palestinians are signing up to UAE peace deal, claims Israel's first ambassador in the Gulf

Palestinians stand to reap major benefits from Israel’s peace agreements with the Arab world, the Jewish state’s first official ambassador in the Gulf has claimed, as he began his historic posting in Abu Dhabi. 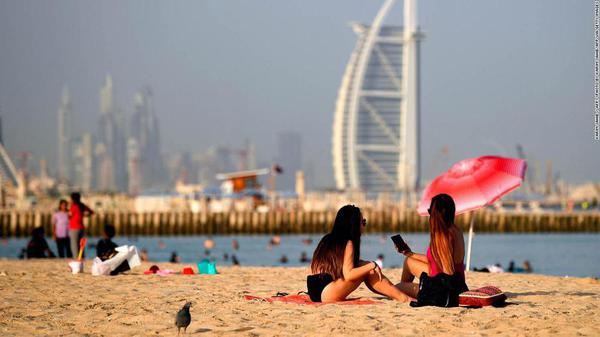 How Dubai is paying the price for letting in tourists

(CNN) — Take a passing glance at Dubai, and you may think life is back to normal. In recent weeks, the bustling city has been a sparkling attraction for tourists, especially from Europe, trying to escape the brutal winter and strict coronavirus lockdowns. But as tens of thousands of visitors flocked there during its peak year-end season, the virus inevitably caught up with the city despite precautions aimed at limiting its spread. Cases began to rise, nearly quadrupling since November. 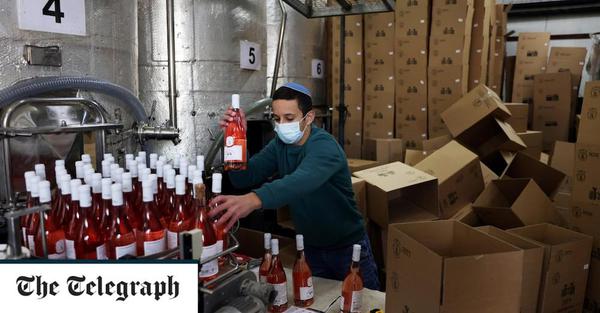 Israel has begun exporting wine, olive oil and honey from West Bank settlements to the United Arab Emirates, a major deal secured by the Abraham Accords which has delighted Jewish expats but alarmed Palestinian leaders. Tura Winery, in the Rehelim settlement, and Paradise Honey in Hermesh, have sent shipments to Emirati clients which they hope will quench a thirst in the Gulf state’s Jewish community for kosher wines. 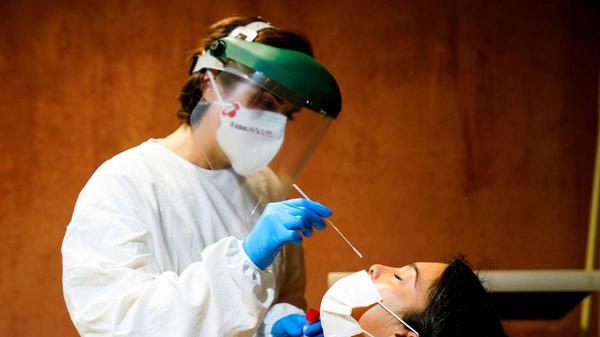 How the cost of Covid-19 testing varies around the world

As Covid-19 testing for travel becomes compulsory around the world, disparities in pricing, availability, speed and service levels remain significant. Residents returning to Dubai over the festive period report paying up to Dh900 for a Covid-19 PCR test, which added huge costs and logistical issues to their travel arrangements. Even within a single country, states and provinces can have different protocols and prices, making it difficult to plan this leg of a trip. 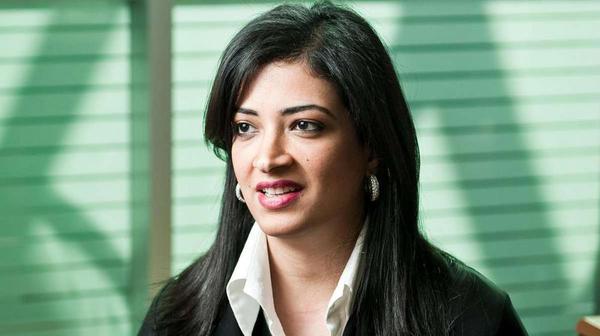 The Emirati businesswoman and philanthropist, Muna Al Gurg, donated Dh1m to a neonatal intensive care unit in Jenin, a Palestinian city in the West Bank. The support is desperately needed in the occupied territories where newborns lack adequate access to specialised care. The project is being managed by the Palestine Children’s Relief Fund, which has been working in the Palestinian territories for 25 years. 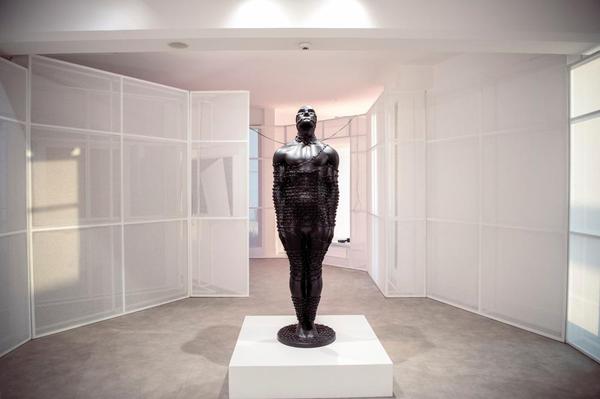 Five Saudi artists were recently chosen as winners of the first Misk Art Grant, claiming prizes worth more than $25,000 each. The new grants come as artists are gaining new visibility and recognition in a kingdom experiencing social and cultural changes, and they signal significant new support for the creative arts. 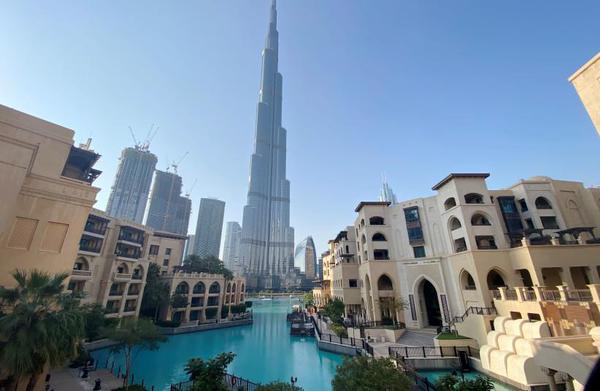 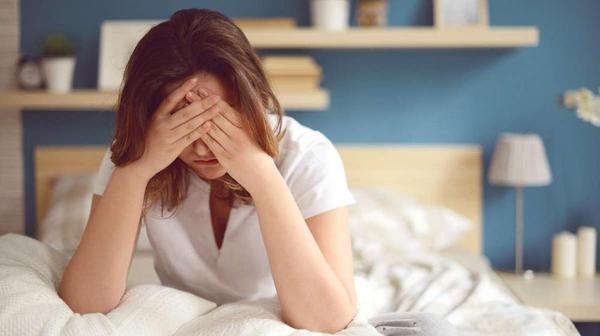 'It's not a cute way of saying you don't like mess': why OCD needs to be treated more seriously

Colloquially, the term OCD has come to refer to people who like things done “just so”, but experts say obsessive-compulsive disorder is misunderstood. They believe it’s often mocked and not taken seriously enough, given that in the World Health Organisation’s 2017 report Depression and Other Common Mental Disorders, anxiety disorders, of which OCD is one, are listed as “the sixth largest contributor to non-fatal health-loss globally”. 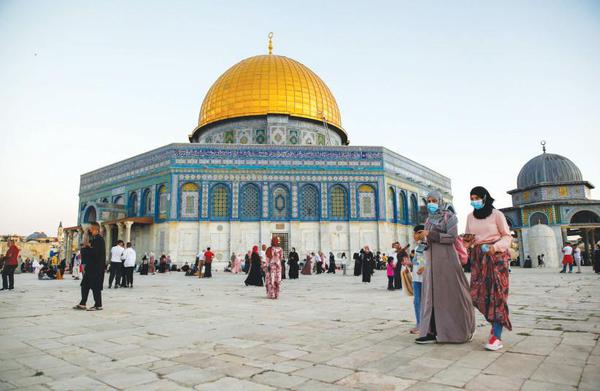 Emiratis unperturbed by fatwa banning them from prayers on Temple Mount

Emirati worshipers remain defiant in the face of a fatwa banning them from praying in al-Aqsa Mosque, claiming it is their religious right to do so. The fatwa was issued by the grand mufti of Jerusalem after the August announcement of normalization of relations between the United Arab Emirates and Israel under the Abraham Accords.
Load More Articles
Close ✕